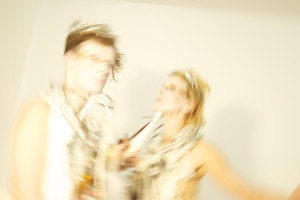 Spectral Rite is a site-specific performance created in collaboration with HYENAZ, Sylbee Kim and Nico Pelzer. It will be performed at the Museum of Modern and Contemporary Art, Seoul, on the 27th and 30th of August 2014.

Basing ourselves at a feminist autonomous community in Cöthen, outside of Berlin, we worked intentionally and ritualistically, positioning magic into a central site of our creative process, drawing inspiration in part from CA Conrad and other writers who have developed games and rituals around the process of writing and creating art.

We grafted natural locations onto the various stations of our performance to take place within the museum walls. Thus we were able to already occupy the virtual space of our procession prior to being at the MMCA. This act of grafting allowed me to be alive in the MMCA while I soaked in the parallel experience of each “sister” station. green forest. pine forest. still water. running water. boiler room. kitchen. garden. Having experimented in this way for the first time, we opened up an entire to new world to both movement and dance.

As we grafted our spell onto two spaces, one presently physical, the other known only virtually at the time, we worked with set intentions, which we sent out into the universe into every direction.

the intention of our spell was – to challenge the structures that create and sustain violence. to subvert the architecture of institutions that add weight and gravity to those structures. though we acknowledge our contribution to those edifices.

our intention was one of transmutation of the space as stone into porous space that allows for gaps, that allows for the entrance of water. we followed this water, this water bubbling up from the gaps in the stone. we allowed the water to enter in, at first unseen and then to slowly build into a visible trickle, and then into the force of running water. we let it guide us, through green forest and pine forest, to a calm still pool. to gather and collect. we let it rise like steam into the air. height of gnosis. thus we followed the spectrum of water within our ritual.

our intention is to allow for trans-thinking. to “queer” our space, both in the natural world as well as in the institutional one. to allow for non binary ways of thinking; thus the spectrum. On a personal level we hope to allow for forgiveness of our role in the structure, to find calm and peace while on a larger global level we hope that our offering focuses us on the life-long struggle to break down borders, to transgress binary structures, to subvert top-down approaches. we are always approaching and never reaching our height of gnosis. 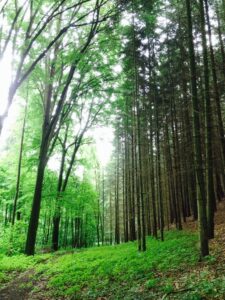 FACE TO THE SUN

CENTER – MY LIFE HAS NO CENTER

BREATHE IN AND HOLD 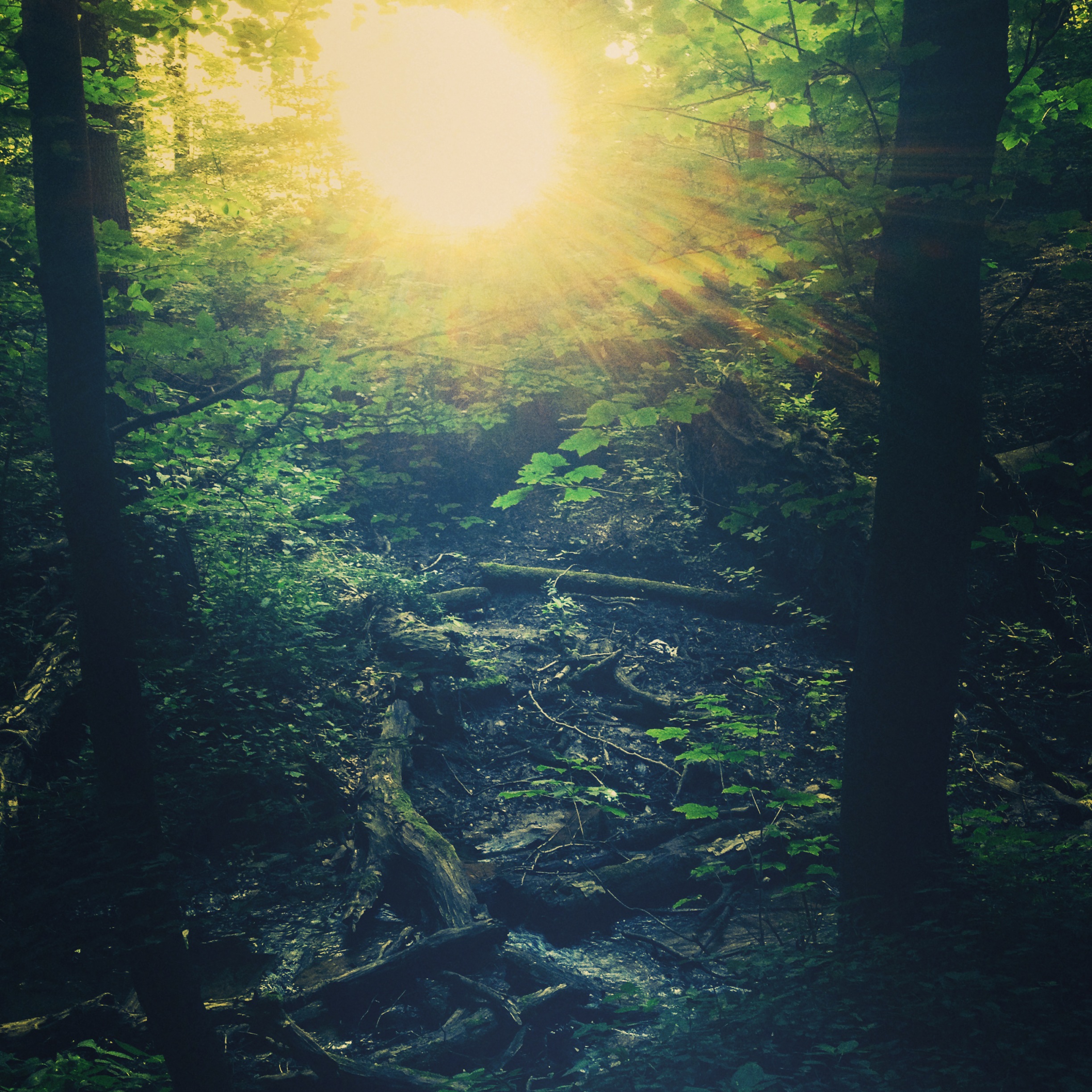 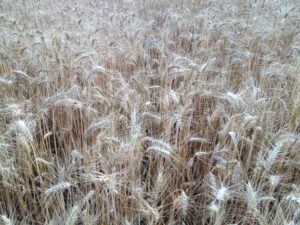 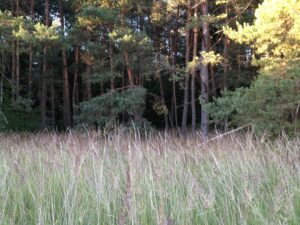 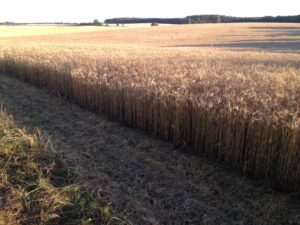 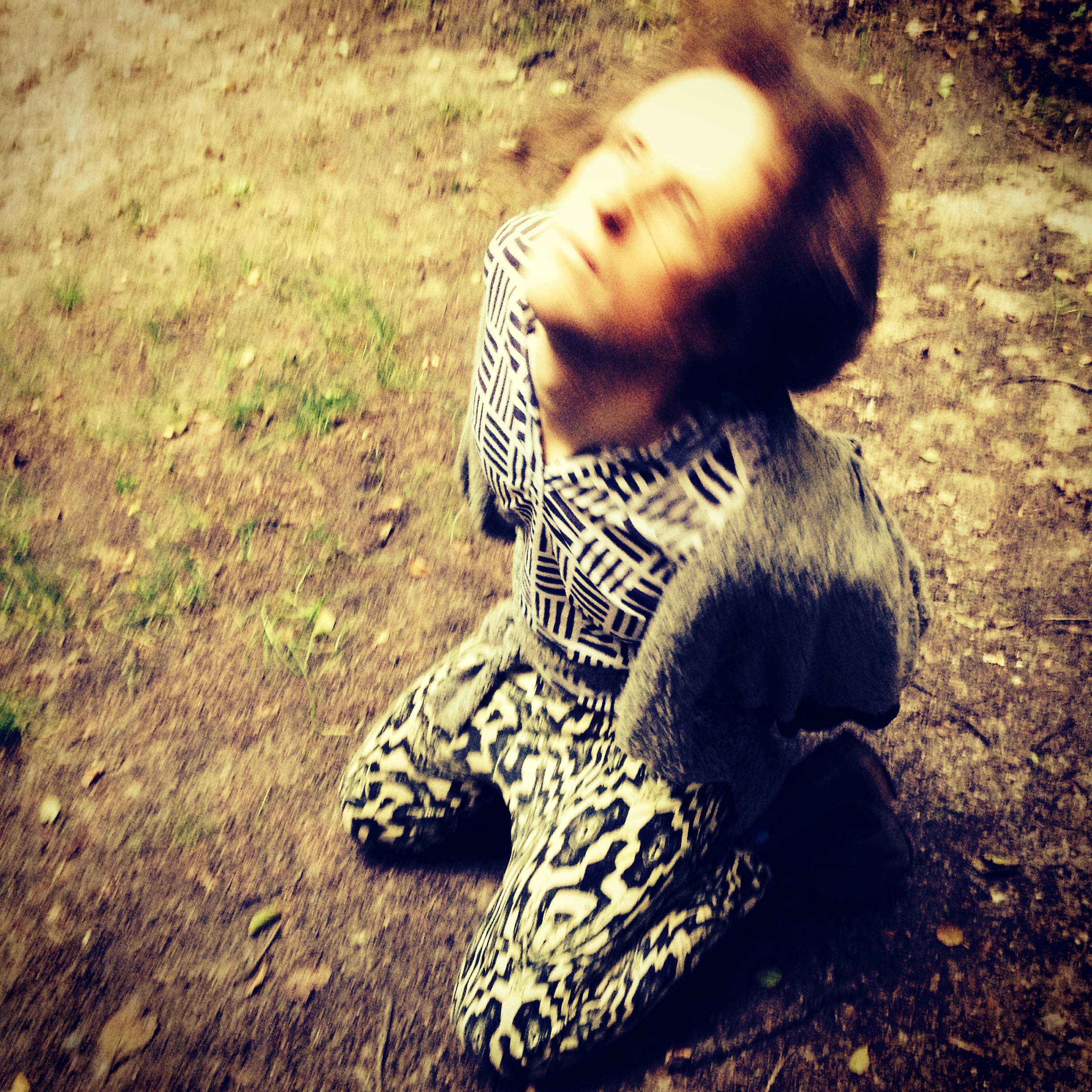 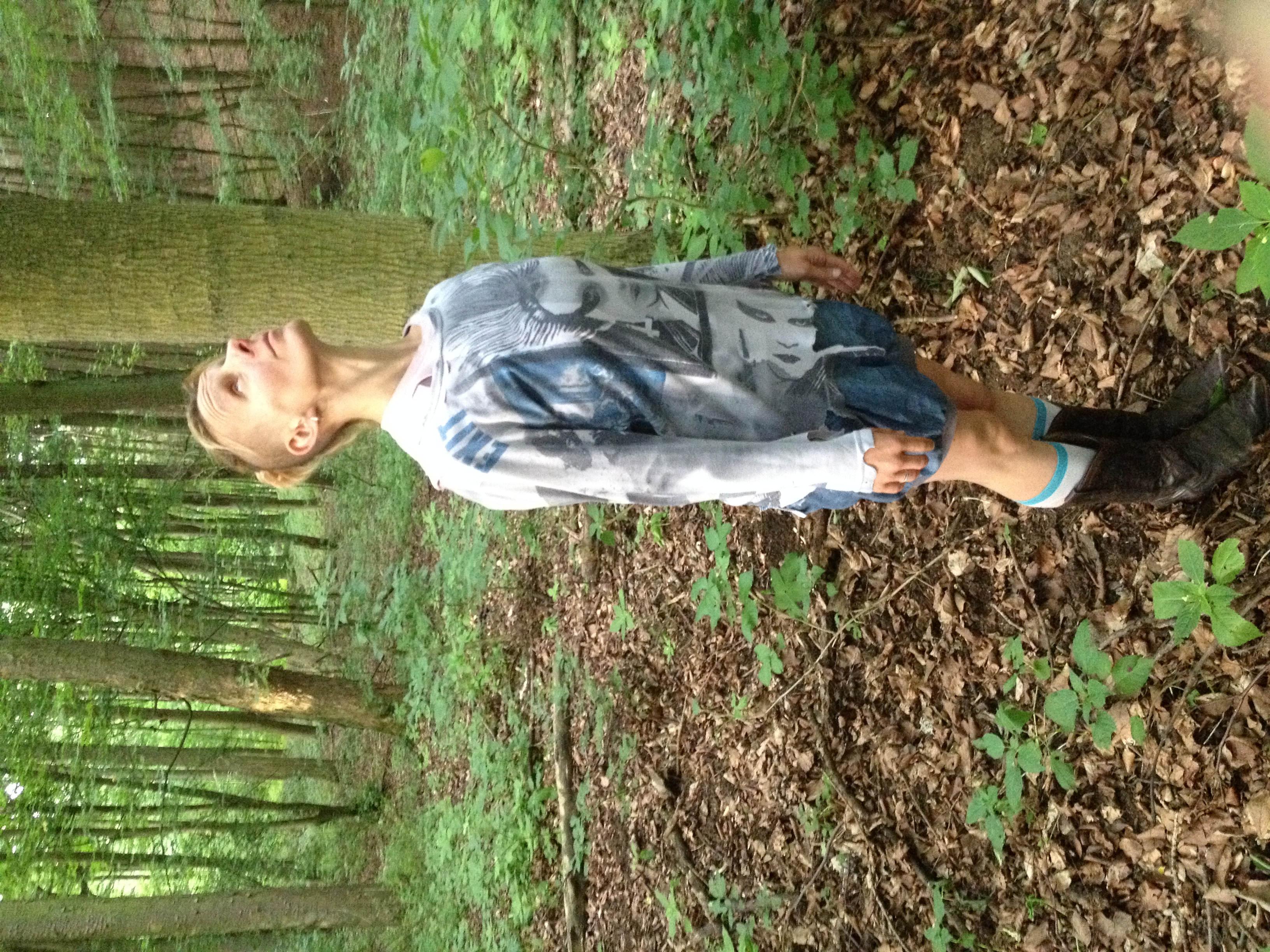 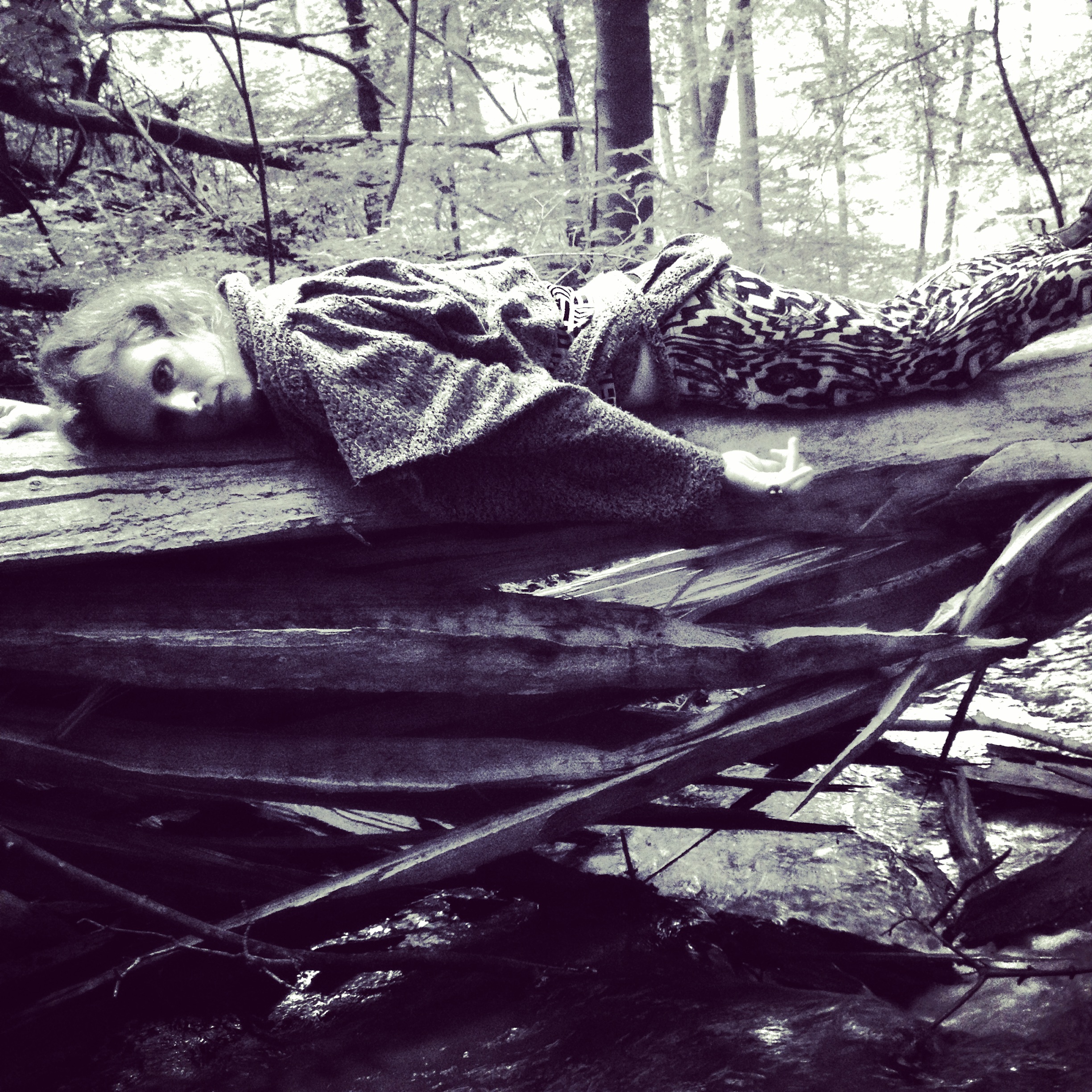 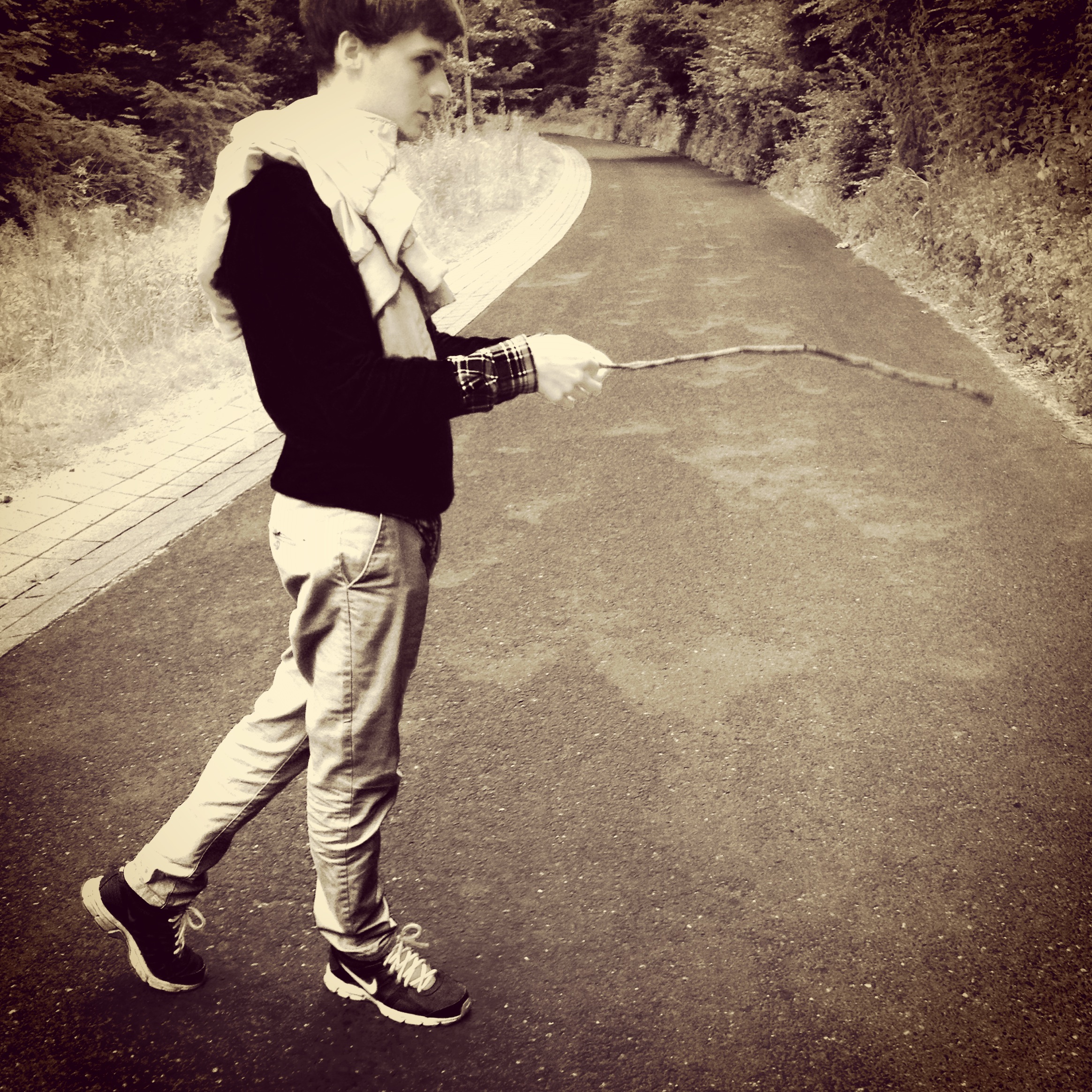 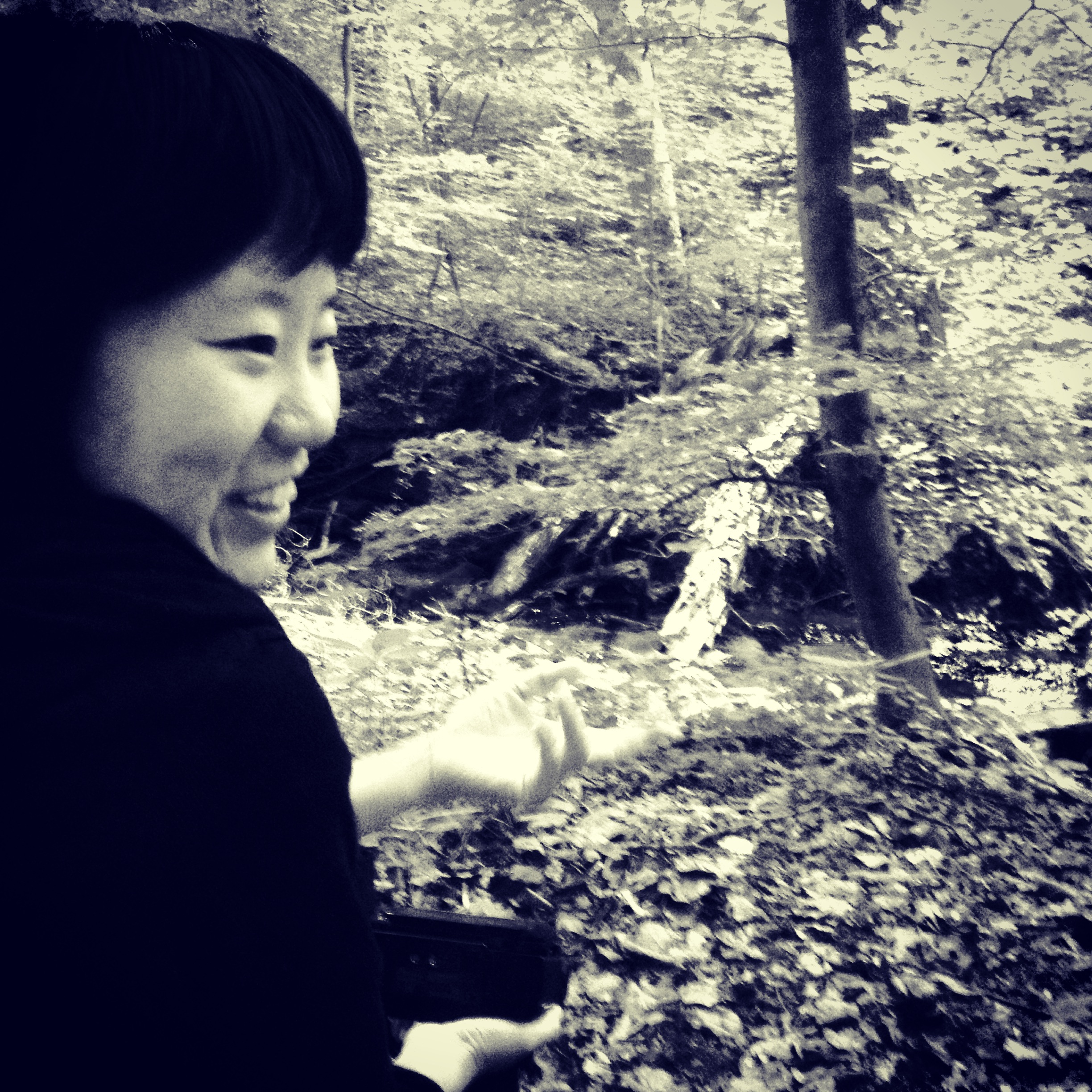 What do we want to say as artists through this opportunity?
Open, we open a portal
What our we traces of?
Jellyfish drying in the sand
Reaching to the light
-insignificant and significant creatures !
What can we dream here?
I’ve been very interested in the idea of using new language–aliveness– that allows us to imagine community beyond those directly around us, using this sense of timelessness and spaceless community (community not defined around place space and measurement) to imagine and engender solidarity and peaceful nonviolent action. I would like to dream of a place of inclusion and of breakdown of perceived borders between ourselves and others as different, fully accepting paradoxically the existence of our difference on a non binary axi; difference as existing in multidimensional space. As merely being located at different coordinates rather than located in special areas defined by an axis between them. As separate coordinates we nevertheless occupy space together.
Sacred profane
By practicing the binaries we repeat them give them name, let them go. We acknowledge the many poly differences on the spectrum between them
Through play we let them go
Morph! Transform the space, bring water, bring new energy, good hope for the inauguration of the MMCA